There are few things in this world that are as delicious as a pulled pork sandwich. And, while there are many ways to make them, my personal favourite is the Cubano. In this blog post, I’ll show you how to make the perfect Cubano (with a difference) using sourdough bread. If you don’t have a sandwich press, don’t worry – I’ll show you how to do it without one!

There are a few reasons why pulled pork sandwiches are so great. Firstly, the pork is usually cooked low and slow until it’s fall-apart tender. This results in an incredibly flavourful and juicy meat that’s perfect for sandwiches.

Secondly, the addition of the sweet and smoky flavours takes the sandwich to a whole new level. And finally, the bread – whether it’s a bun, baguette or sourdough – is the perfect vehicle for all that delicious porky goodness.

In this guide I’ll be using my recipe for Slow Cooker Smoky Pulled Pork.

What do you put in a pulled pork sandwich?

The most important part of a pulled pork sandwich is, of course, the pork. My recipe for Slow Cooker Smoky Pulled Pork is a great way to make the perfect pulled pork for your sandwich (if I may say so).

However, if you don’t have a slow cooker, you can also make it in a dish and oven – instructions for that are in the recipe.

Once the pork is cooked, it’s time to assemble the sandwiches. Slice the bread (I’m using sourdough) and spread some mustard on both pieces. Then, layer on the pulled pork, pickles, cheese and ham. I like to do the cheese first, on top of the bread because it’s melts perfectly there, but I’m not sure the order of everything else really makes a difference.

Close up the sandwiches with another slice of bread and press down gently. Spread butter on the outside of the bread. If you have a sandwich press you’ll want to get it in there, pressing down gently as it cooks, so in the end the thickness reduces by half.

This is a very substantial sandwich, so one of those tiny little toastie makers isn’t going to do it. If you don’t have a sandwich press, you can use a pan to cook it in, with heavy skillet or pan to press down on the sandwich as it cooks. In the pictures and video below I’m using a burger/bacon press, which I also find really useful for getting crispy skin on salmon or using to get any meats like duck breast to cook evenly.

What goes well with a pulled pork sandwich?

Some great sides to go with a pulled pork sandwich are coleslaw, potato salad, or macaroni salad. You could also try serving it with some barbecue sauce or apple sauce for dipping. My UK friends might also like to try tomato ketchup or brown sauce (philistines 😉 ).

Does cheese go in a pulled pork sandwich?

The answer to this question is, of course, up to you. However, I personally like to include cheese in my pulled pork sandwiches. It adds a nice creaminess and saltiness that goes well with the other flavours. Some great options for cheese are Swiss, cheddar or pepper jack. Although I really don’t like melted stronger cheese like cheddar. I seem to be alone on this with everyone I mention it to, so if you love cheddar unmelted, but can’t stand it melted, let me know I’m not alone in the comments section below.

Do you put condiments on a pulled pork sandwich?

The answer to this question is also a personal preference. However, some great options for condiments are barbecue sauce, honey mustard, or apple sauce.

What is a Cubano sandwich made of?

The Cubano sandwich originated in Cuba. It is made with a long, flat bread and is traditionally filled with roast pork, ham, Swiss cheese, pickles, and mustard. I’m keeping it fairly traditional, but with the addition of tomatoes (which I understand is more of a Key West variation) and using my favourite sourdough instead.

Is a Cuban Sandwich the same as a Cubano?

Yes, a Cuban sandwich is better known as a Cubano. Also known as “Cuban mix”, “Cuban pressed sandwich”, or a “mixto”.

What bread is closest to Cuban bread?

The best bread to use for a Cubano is a long, flat bread such as baguette, ciabatta and focaccia. For mine, I’m using sourdough.

Sourdough bread is a type of bread that is made with a sourdough starter. This means that the bread is fermented for a longer period of time, which gives it a tangy flavour and slightly chewy texture, perfect for this type of sandwich.

It works really well and I always like sourdough for sandwiches as it feels a bit healthier because of the probiotics. 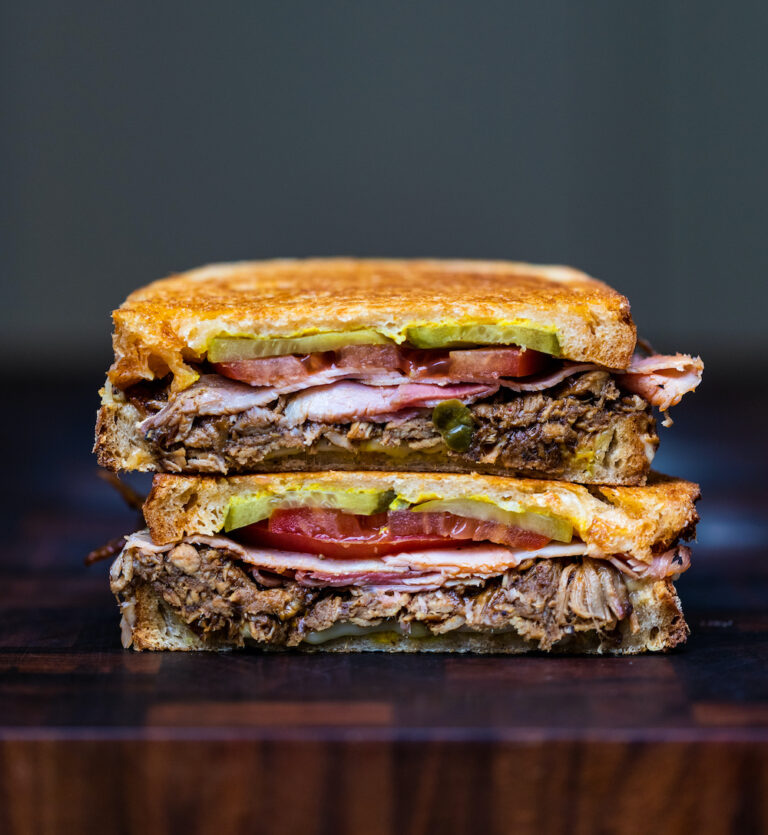 Pulled pork sandwiches and the Cubano specifically is an amazing mix of flavours. If you’re looking for a new and exciting sandwich to try, this is definitely it.

Be sure to let me know what you think in the comments below after trying the recipe – it’s one of the most incredible things I’ve eaten (not hyperbole) so I can’t wait to hear what you think.

Rate this recipe, ask a question or leave a comment Cancel reply 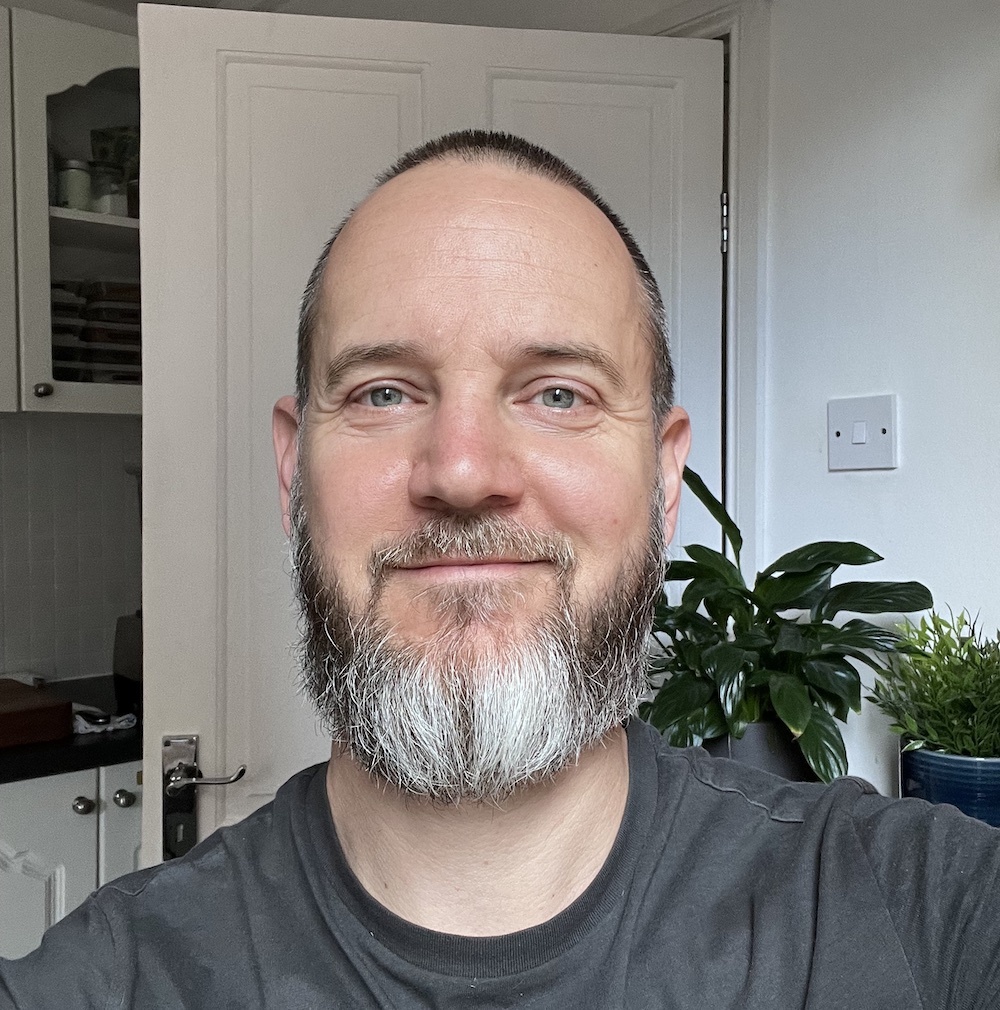 nice to meet you!
I’m the creator of Eat Like an Adult, where I teach healthy eaters how to cook. You can find out more by clicking below…
Learn More